Klosters shares its slopes with Davos and provides a huge and expansive ski area to explore – 320kms in fact. Whilst Davos has the better access to the slopes Klosters is a far more charming place to stay. Whilst the very busy cable car out of Klosters makes getting to the slopes a little more time consuming than it should be, the slopes you’ll encounter are well worth the wait. Mile after mile of varied slopes should suit everybody and make a skiing holiday to Klosters very difficult to forget. 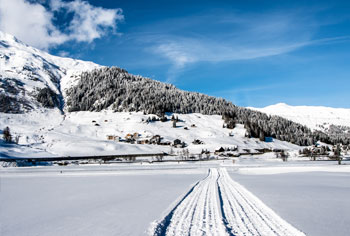 From Klosters the Gotschnabahn cable car takes you to Gotschnagrat which is right in the centre of the Parsenn ski area, the largest and most extensive of the 5 skiable areas in the Davos / Klosters region. At Gotschnagrat there are long sweeping red runs, one of which heads all the way back to Klosters in the valley. From Gotschnagrat it is possible using a combination of runs and lifts to make it across to Weissfluhjoch located at the other end of the Parsenn sector.

From here the whole of the Parsenn sector is accessible and this includes long runs (or funicular) down to Davos Dorf, tough black runs down to the village of Wolfgang (which is situated between Klosters and Davos) and massive long red runs that lead to the gondola at Schiffer. For a truly long run  continue down the wooded red slopes from Schifer to the villages of Serneus and Kublis which are located further down the valley. However once at Serneus and Kublis there are no return lifts back to the mountain and you will need to take a bus back to Klosters.

From neighbouring Klosters Dorf the quieter Madrisa area is accessed by gondola and should be visited. Here there a blue and red runs for all abilities to try, including some decent runs for beginners. To return back to Klosters either take the gondola back down to Klosters Dorf or the easy black Schlappin run if you’re feeling confident.

Finally on the other side of the valley facing the Parsenn sector are the slopes above Davos Platz. For more information on these slopes please refer to our information page on Davos.

Klosters is a more refined resort so it’s not really full of cheesy clubs and bars, but lively bars can be found and there is a wide variety of options to suite you.

Lively venues include the Chesa Grischuna which has live music, the bar at the Wynegg and the Alpina Bar are also very good too. Gaudy's Grastiachi at the bottom of the Gotschna station is worth a visit, as is The Piano Bar and the Steinbock Bar in the hotel too.

If you are looking for s dance then try Casa Antica which has a small disco, the Madrisa Club or the Kir Royal night club at the Silvretta Park.

Klosters has many very good restaurants but it can be expensive and there aren’t very many cheap eateries, a variety of different food can be found from gourmet to traditional, to Italian and Asian too.

Gourmet cuisine can be found at Prince Charles’s favourite - the Walserhof Hotel with its 2 Michelin stars, also at Hotel Alpina, Landgasthof Sommerfeld and Chesa Grischuna which is a bit more affordable.

Traditional high quality Swiss cuisine can be sampled at the Wynegg Hotel Restaurant which has a very good reputation, also at the Stübli and the Grischalina in the Silvretta Parkhotel, along with the Prattiger Huschi - do try its fondue.

Italian is on offer with a range of pizzas at Al Berto’s, Ciao Bella and of the course the Fellini Pizzeria too, with Asian fusion at the Rustico and tasty steaks at Casanna.

Klosters is a traditional Swiss village with lots of charm and plenty to keep you occupied off the slopes.

Everything from tobogganing, sleigh rides, ice hockey, ice skating, curling and snow shoeing can be found here and there is even the Klosters Snow Polo event and Altitude Festival on too. The Hotel Vereina has a wonderful 1000 sqm spa with saunas, pools and a herbal steam room too to ease your tired muscles after a long day.

Davos has more facilites and can be accessed very easily, it even has its own casino to relieve you of your spending money.

There are a number of ski schools in Klosters offering tuition in skiing and snowboarding to all ages and abilities. The Swiss Ski + Snowboard School of Klosters has group lessons starting from CHF 280 for 3 full days of tuition with private lessons starting from CHF 95 for 50 mins or CHF 200 for 2 hours tuition. They also do lessons in snowshoeing, of piste and telemark too.

The Swiss Ski + Snowboard School Saas specialises in private tuition which starts at CHF 90 for 50 mins, or CHF 235 for 2 and a half hours, they also do lessons in snowshoeing and race training.

Where to stay in Klosters, Switzerland 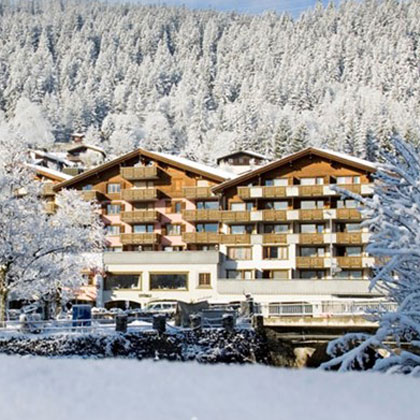 A great base for families, this 4 star hotel is close to the resort centre and only 400m from the cable car so you can get up the mountain easily, there is also a spa with pool, jacuzzi and saunas. 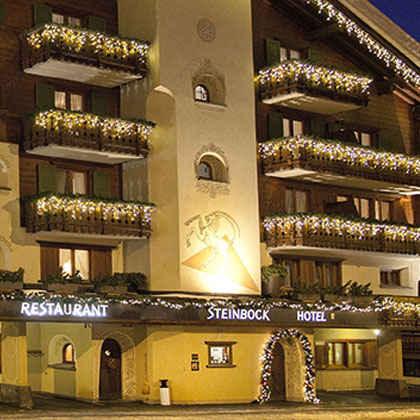 This lovely cosy, comfortable hotel is decorated in a traditional style, it has a large sun terrace, bar and is in a central location, just a 5 minute walk from the lifts. 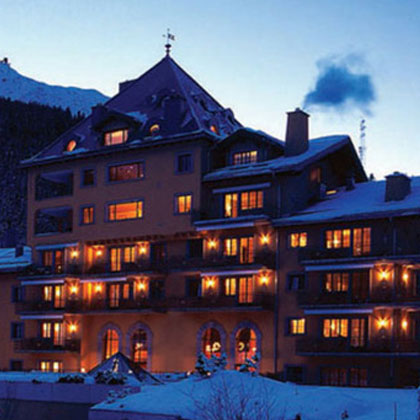 A well equipped comfortable 4 star hotel with great facilities including a state of the art spa with swimming pool, jacuzzi and sauna, the restaurant is well regarded locally too. 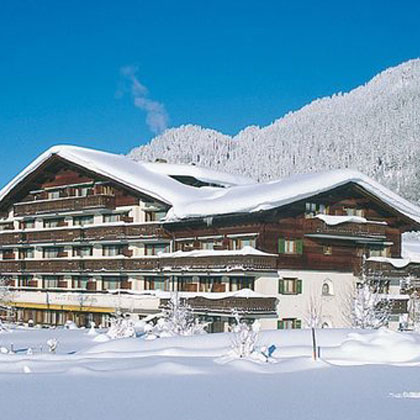 Set on the edge of the village near Klosters Dorf station, this charming chalet style hotel offers great facilities including a spa with jacuzzi, sauna and pool, fantastic food and free shuttle service. 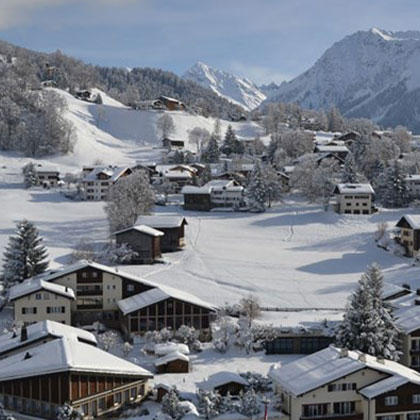 This comfortable family run hotel is set within its own grounds and is a pleasant 15 minutes walk to the resort centre, the ski bus stops outside and it has a large pool, sauna and jacuzzi.