La Plagne is a huge and extensive ski area made even bigger as it is now linked to the equally awesome resort of Les Arcs forming what is known as the Paradiski area (425kms of slopes). La Plagne actually consists of many smaller villages all linked together that will generally suit those of intermediate ability, although there are some excellent black runs. La Plagne’s snow record is excellent and with access to a glacier as well provides you with everything you would want.

Plagne Centre is the largest village and gives access in all directions to a huge bowl. Here the La Grande Rochette sector can be accessed which has terrain suited for all levels with pistes returning back to Plagne Centre.

For those wanting more of a challenge there are some seriously steep black runs at Le Biolley above Plagne Centre and experts will feel at home here. Be warned though, being the largest of all the villages queues here are to be expected.

Plagne Bellcote is at the heart of the whole area and acts as a thoroughfare for both Plagne Centre and Belle Plagne. The surrounding pistes can become very busy and lift queues here are often the norm. Once on the slopes above Plagne Bellcote intermediates will enjoy themselves given the large number of blue motorway runs. For those wanting more take the Les Bianchets chair lift out of Plagne Bellcote and then the Carella chair to Roche de Mio where the Glacier de Bellcote can be accessed via several gondolas. At Roche de Mio there are much longer sweeping blue and red runs that lead down into the next village along, Belle Plagne. 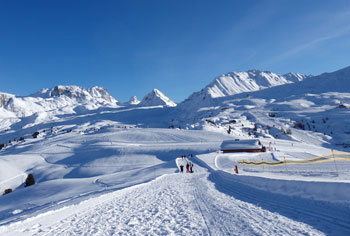 The Arpette chair out of Plagne Bellcote gives access to the lower villages of Montchavin and Le Coches. Here the slopes are in a generally wooded area and consist mainly of blue runs and the odd red. Being at lower altitude the slopes here don’t always have the best snow, however this is where you can pick up the Vanoise Express which links La Plagne’s slopes to those of Les Arcs’, making this whole area vast in size.

La Plagne is made up of 10 villages, each village has its own hub and apres ski options. There are lots of places to entertain you with plenty of bars, live music and several nightclubs.

Plagne Centre and Belle Plagne are the biggest villages. Plagne Centre has Igloo Igloo, Le Luna Bar, Scotty’s Bar, The Mouth and the No Problem Cafe. Belle Plagne has La Tete Inn, the Saloon Bar, Cheyenne and the Matafan Bar.

Again there is a huge selection throughout the villages of La Plagne if you are looking to eat out, everything from fondue and raclette, Italian, gourmet dining and traditional savoyard.

Plagne Centre has local specialities at Le Refuge, Le Bec Fin, Le Chaudron and the Hotel Araucaria, La Grolle is also worth trying, as is Scotty’s. Belle Plagne has local cuisine at Le Matafan and the Face Nord with gourmet food served up at C in the Hotel Carlina.

Plagne 1800 has local specialities at Petit Chaperon Rouge and the Loup Blanc is also worth a visit. Plagne Bellcote has La Mangeoise, Restaurant L'Arrivee and the Ferme.

There is quite a lot to do if you want a day off from skiing or boarding, traditional winter activities can be found such as: snowshoeing, snow mobiling, paragliding, ice skating and ice climbing.

There is also the famous Olympic bobsleigh in Plagne 1800 where you can go down the run as groups of 4 or on your own at speeds of up to 108kmph.

For something at a less energetic pace there is an open air pool in Plagne Bellecote, Belle Plagne has a spa and Plagne Centre has The Centre Vita Plagne with a saunas, spas and massages to ease those tired muscles.

The main ski and snowboarding school in the La Plagne area is the local French school - the ESF, there are a number of other schools too but the ESF has a base in most of the La Plagne villages. All schools offer tuition in skiing and boarding to suit all ages and abilities.

The Oxygene Ski and Snowboard School have group lessons starting from €170 for 5 half days with private lessons from €50 an hour, they also do off piste and are the only Burton approved Learn to Ride snowboard centres in France

Where to stay in La Plagne, France 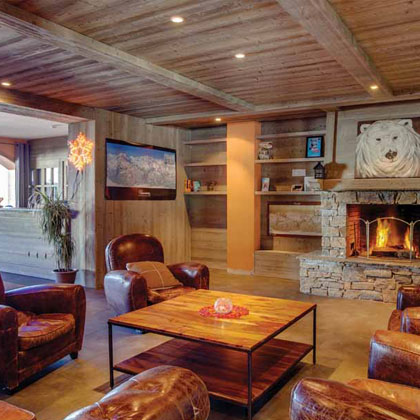 Located on the piste so you are able to ski to and from the door, and only a few minutes walk to the local nightlife, there is also a pool, sauna and steam room. 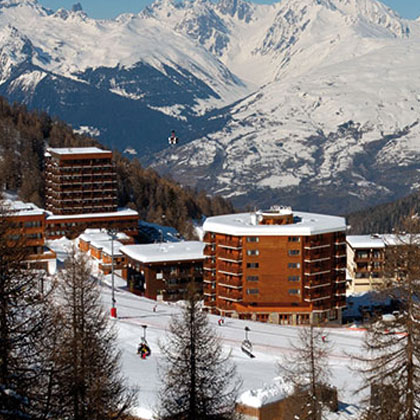 Completely renovated and located at the bottom of the slalom run in Plagne Centre, this hotel has a wonderful spa and stunning views across the mountains. 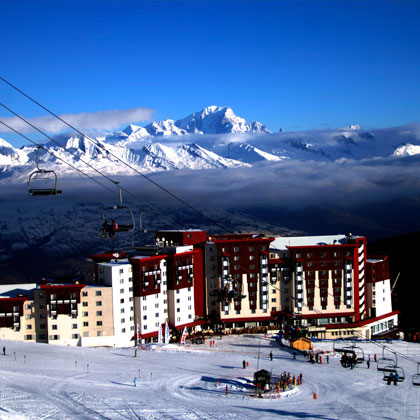 This ski in / ski out hotel is perfectly situated allowing easy access to the slopes, with a jacuzzi and steam room and tempting traditional Savoyard cuisine. 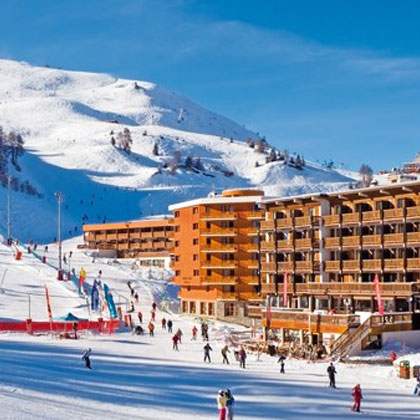 This chalet hotel is located directly on the slopes so you can ski in and out easily and also access the lifts which are right next door along with the ski schools too. 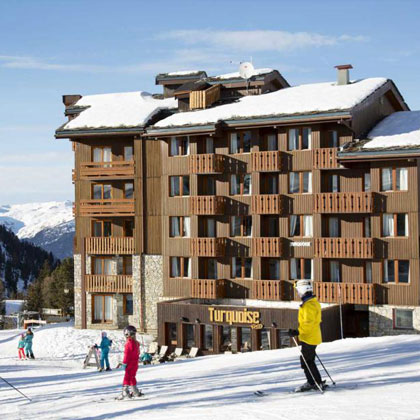 Sitting on the gentle Belle Plagne slopes this contemporary comfortable chalet hotel gives you easy access to the pistes, lifts and ski school.