Just before my skiing holiday I always tend to end up purchasing a ski gadget (or as it should be more aptly named a ski non essential). This season however there seems to be so many gadgets on the market I am yet to make my choice. I have however narrowed it down to the following 4.

Being a self confessed lazy skier who always does his best to ensure that his accommodation is slope side this equipment hasn’t really been a priority until now that is. I say until now because in March I will be staying in Val d’Isere in a Hotel which is situated 10 minutes walk away from the main lifts. Now fortunately I have never slipped over in ski boots but I know people who have, in fact my wife took a beauty of a tumble in Saas Fee a couple of seasons ago. She blames it on the ice; apparently it had nothing to do with the Gluvine consumed in the Black Bull. Anyway with Seirus Cat Tracks on the likelihood of an injury inducing slip is reduced, and only £16.99 seems a small price to pay for that peace of mind. View Seirus Cat Tracks 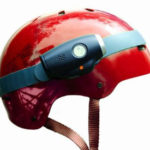 My Father in law has this amazing ability to be able to describe resorts, their layout, runs, mountain huts and location of lifts at resorts he skied at over 30 years ago with precise accuracy. I myself however have all but forgotten the resort details within 6 months and would often love a point of reference to refer back to. Now I know many of you will be thinking, why don’t you just take notes, a few photographs or even get the camcorder out? Well I do, but they never seem to do the resort justice. This is where the ActionCam Action Video Camera comes in. By strapping this little beauty to your head, it would give me a firsthand reminder of the slopes, terrain and ski area long after I’ve returned to Blighty. This would be a really useful reminder for when it comes to planning future group ski trips which may include a variety of mixed skiing ability. At only £23.31 I can’t imagine the picture quality to be great but for that price it’s certainly worth a try. View ActionCam Video Camera 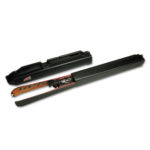 Until a recent trip to Breckenridge I had never given the sportube much of a thought. Being the proud owner of a new pair of skis that season I was horrified when at Denver airport I noticed the bagage reclaim staff throwing, no make that launching skis onto the reclaim conveyor belt. I know that skis take a hammering when skiing,  however I do mind if it’s someone else trashing them. Fortunately despite their best attempts the staff and Denver airport didn’t do any damage to my skis although that image of my skis being thrown around has stayed with me. To make absolutely sure however that my skis arrive in resort in one piece the sportube makes great sense. It is a little pricey, but far less expensive than a new set of skis or bindings. View Sportube Ski Case 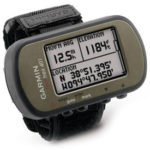 I really like the idea of this product, a light, slim GPS navigator that is designed to be worn around the wrist. So often I have wondered how far I have skied and how fast, however the main reason I would like one of these is to check the accuracy of resort info regarding km’s of piste. So often I have read reports and reviews that conflict wildly with the information the resort publishes. For example Les Deux Alpes claims to have 140km’s of skiable piste. I may be wrong but I find this fact a little hard to swallow. Another dubious claim is the Monterosa Ski Area (Gressoney and Champoluc). This ski area it is claimed has 135km’s of piste however by looking at the piste map I just can’t see how this is true. It is for these reasons I would love to purchase the Garmin Foretrex 401 so I could see if the ski resorts are marketing themselves honestly or if they selling us a bit of a porky. It is however by far the most costly of my picks. View Garmin Foretrex

So out of the 4 which one am I going to opt for? Simply based on price I have got to give the ActionCam Action Video Camera. I will update you with its performance when I return back from Val d’Isere.

One comment on “Which ski gadget do I pick?”